With the update 4.14.6 we are releasing a beta version of the Export / Import feature

Note: as the feature is released in beta, we will only acknowledge ideas & issues for future improvements

How to export a Feature

First, you have to activate the import / export in backoffice > settings > general :

Then, from the Editor, open the page  “Features” of your Application & open the feature you want to export.

If you can export the feature, you’ll see an “Export” button on the top-right corner, click on it!

Note: only some features can be exported for now, new exporters will be released in the future to match all Siberian core features

Here is an example with the radio feature :

yml* stands for YAML it’ the export format we use for large payloads. 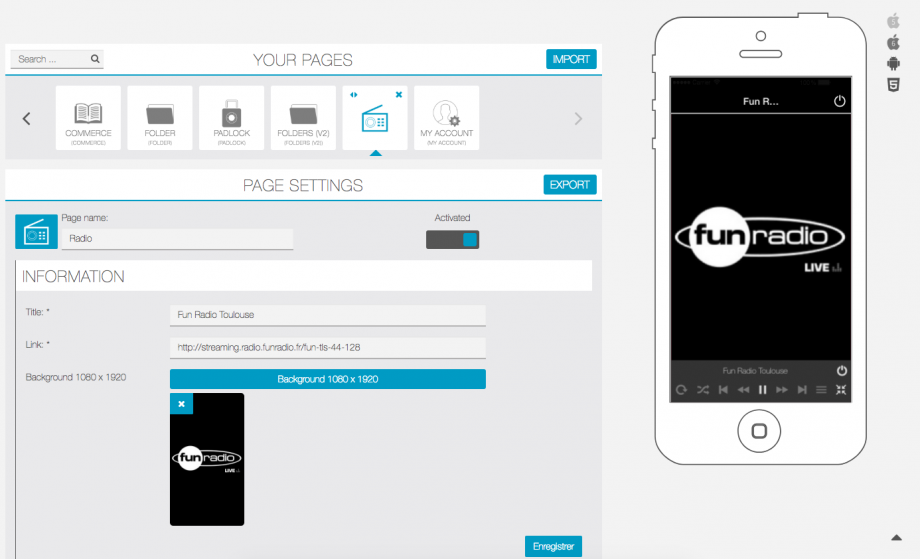 How to import a previously exported feature ?

Get your “yml” file, and now click on the “Import” button on the top-right corner of the Features carousel

When the upload is done, reload the features page. Now at the end of the features carousel, you’ll see the imported feature with exactly the same content as the exported one! 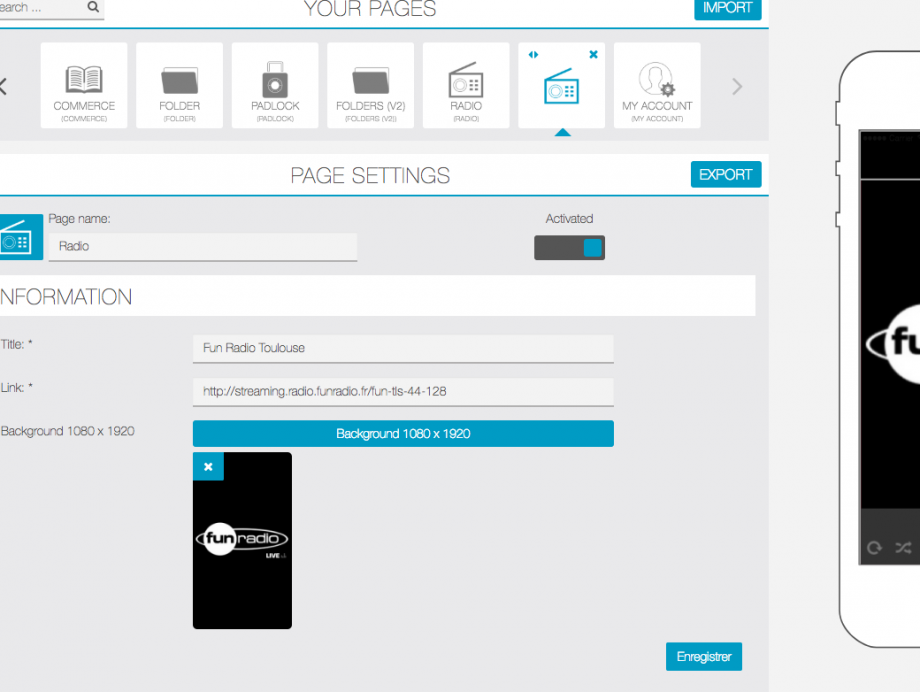 Can i export a feature from a Siberian to another ?

As long as the target Siberian installation is at least in 4.14.6 yes.

Can I export a complete application ?

As this is a beta feature, we only allow single features to be exported. In a near future, with all the exporters ready, you will be able to export complete Applications.

Was this article helpful?